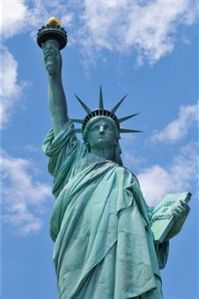 Ladies and Gentleman we have all been taken for a ride.

We have all had written communications with various government agencies in which our name has been in all capitols, instead of the usual and may I say proper written form we were all taught at school. Many researchers have been investigating this over the years and given us answers which for the most part has been correct, but we just seem to ignore it and carry on snoring oblivious to what it really means in our every day lives.

Most people have this feeling that something is not quite right but are unable to put their finger on the problem.  In fact the problem is huge, we have been brought to the boil very slowly over many years in what David Icke calls the “totalitarian tip toe” if they brought this deception on us too quickly we would notice and jump out. We still can, of course because everything is not yet in place to take over, but it is close so we must act very shortly. I believe like John Harris that we just need to have a general world strike, everyone and I mean everyone just stay at home and be with the family and wait until the elites can no longer function because their life blood of commerce has been cut off. See link at the bottom for John Harris.

This is an extract from scribd.com and the source is given at the end.

The legal person known as the UNITED STATES is bankrupt and holds no lawful Constitutionally mandated silver or gold – gold coin or bullion – with which to back any currency. All private held and federally held gold coins and bullion in America was seized via Executive Order of April 5, 1933 and paid to the creditor, the private Federal Reserve Corporation under the terms of the bankruptcy.

“… every provision contained in or made with respect to any obligation which purports to give the oblige a right to require payment in gold or a particular kind of coin or currency, or in an amount in money of the United States measured thereby, is declared to be against public policy.”

Since 1933, the only “assets” used by the UNITED STATES to “pay its debt” to the Fed have been the blood, sweat, and tears of every American unfortunate to be saddled with a Birth Certificate and a Social Security Account Number (the U.S. Government must conceal this fact from the American people at all cost). Their future labor and tax revenues have been “legally” pledged via the new all-caps, juristic-person names appearing on the Birth Certificates, i.e. the securities used as collateral for loans of credit (thin-air belief) to pay daily operational costs, re-organization expenses in bankruptcy, insurance policy premiums required to float the bankrupt government, and interest on the ever-increasing, wholly fraudulent, debt.

All Caps Legal Person vs. The Lawful Being

Just who or what is the all-caps person, i.e. “JOHN PAUL JONES,” “JOHN P JONES,” or some other all capital letter corruption thereof? It is the entity the government created to take the place of the real being, i.e. John Paul Jones. The lawful Christian name of birthright has been replaced with a legal corporate name of deceit and fraud. If the lawful Christian name answers as the legal person, the two are recognized as being one and the same. However, if the lawful being distinguishes himself/herself as a party other than the legal fiction, the two are separated.

A result of the federal bankruptcy was the creation of the “UNITED STATES,” which was made a part of the legal reorganization. The name of each STATE was also converted to its respective, all-caps legal person, e.g. STATE OF DELAWARE. These new legal persons were then used to create more legal persons, such as corporations, with all-capital letters names, as well. Once this was accomplished, the con began to pick up speed. All areas of government and all alleged “courts of law,” are de facto, “color of law and right” institutions. The “CIRCUIT COURT OF WAYNE COUNTY” and the “U.S. DISTRICT COURT” can recognize and deal only with other legal persons. This is why a lawful name is never entered in their records. The all-caps legal person is used instead. Jurisdiction in such sham courts covers only other artificial persons.

The proper jurisdiction for a lawful being is a Constitutionally sanctioned, common-law-venue court. Unfortunately, such jurisdiction was “shelved” in 1938 and is no longer available. The only courts today are statutory commercial tribunals collecting tribute (plunder) from the alleged Creditors who think they have conquered the country on their way to ruling the world.

Your Strawman is a “GOVERNMENT AGENCY”:

See the Evidence From the Government’s Own manual!!

See the “U.S. Government Styles Manual” for the evidence in section on “ABBREVIATIONS AND LETTER SYMBOLS” at:

9.8. Except as otherwise designated, points and spaces are omitted after initials used as shortened names of governmental agencies and of other organized bodies. “Other organized bodies” shall be interpreted to mean organized bodies that have become popularly identified with a symbol, such as MIT (Massachusetts Institute of Technology), GM (General Motors), GMAC (General Motors Acceptance Corp.), etc. (See “List of Abbreviations.”) Symbols, when they appear in copy, may be used for acts of Congress. Example: ARA (Area Redevelopment Act).
VFW
NLRB
TVA
AFL-CIO
ARC
ASTM

Now do you see the trick? The “governmental agency” for “John-Jay:Jones” is: “JOHN JAY JONES”. There is no conspiracy about this — it is just “hidden” in plain sight!!!

Chapter 11 deals with “Italics” and in 11.7 mentions that “Vessels” are in “other than lowercase roman”. An “Vessel” is defined in 18 USC 9 as “… any citizen thereof or any corporation created by or under the laws of the United States or any State or Territory or district or possession.” See links below:

Source: This is an extract from http://www.scribd.com/doc/6967949/The-Legalities-of-AllCapitalLetters-Names-your-drivers-license-

Please click on the link to see the whole article.

Link for John Harris and his article on What this country needs is a benign dictator.