Disinformation: How It Works 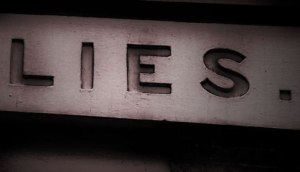 There was a time, not too long ago (relatively speaking), that governments and the groups of elites that controlled them did not find it necessary to conscript themselves into wars of disinformation.

Propaganda was relatively straightforward. The lies were much simpler. The control of information flow was easily directed. Rules were enforced with the threat of property confiscation and execution for anyone who strayed from the rigid socio-political structure. Those who had theological, metaphysical or scientific information outside of the conventional and scripted collective world view were tortured and slaughtered. The elites kept the information to themselves, and removed its remnants from mainstream recognition, sometimes for centuries before it was rediscovered.

With the advent of anti-feudalism, and most importantly the success of the American Revolution, elitists were no longer able to dominate information with the edge of a blade or the barrel of a gun. The establishment of Republics, with their philosophy of open government and rule by the people, compelled Aristocratic minorities to plot more subtle ways of obstructing the truth and thus maintaining their hold over the world without exposing themselves to retribution from the masses. Thus, the complex art of disinformation was born.

The technique, the “magic” of the lie, was refined and perfected. The mechanics of the human mind and the human soul became an endless obsession for the establishment.

The goal was malicious, but socially radical; instead of expending the impossible energy needed to dictate the very form and existence of the truth, they would allow it to drift, obscured in a fog of contrived data. They would wrap the truth in a Gordian Knot of misdirection and fabrication so elaborate that they felt certain the majority of people would surrender, giving up long before they ever finished unraveling the deceit. The goal was not to destroy the truth, but to hide it in plain sight.

In modern times, and with carefully engineered methods, this goal has for the most part been accomplished. However, these methods also have inherent weaknesses. Lies are fragile. They require constant attentiveness to keep them alive. The exposure of a single truth can rip through an ocean of lies, evaporating it instantly.

In this article, we will examine the methods used to fertilize and promote the growth of disinformation, as well as how to identify the roots of disinformation and effectively cut them, starving out the entire system of fallacies once and for all.